Meet Dr. Frame, the Founder of Optometric Physicians of Parkersburg 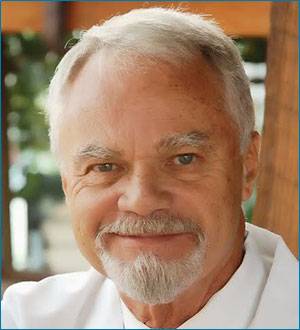 Dr. Frame went to Marietta College and the Ohio State University College of Optometry. He then served as a Captain in the Army. He was stationed in Texas and Germany where he practiced Optometry for the military. He and his wife, Karen, now reside in Little Hocking, Ohio. His daughter, Dr. Joanna Frame, joined him in practice in 1989. His son, Dr. Ronald D. Frame II has an Ophthalmology clinic located at Camden Clark Memorial Hospital. Dr. and Mrs. Frame have seven grandchildren.

Dr. Frame has owned practices in Williamstown, Vienna, Mineral Wells, Elizabeth, Glenville, and Grantsville, WV. He has been in practice for over 50 years, and has employed many fellow Optometrists over the years. He has been a member of the West Virginia Association of Optometric Physicians, and in 2017 was awarded The Lifetime Achievement Award for his efforts in passing the first Optometry therapeutics law in the country in the state of West Virginia.

Dr. Frame continues to practice and enjoys hunting, traveling, and taking trips with his grandchildren. Dr. Mark Cinalli is the senior associate with Optometric Physicians of Parkersburg, Inc.


Dr. Cinalli completed his undergraduate studies at West Virginia University, and his doctorate in Optometry from the Pennsylvania College of Optometry.


Dr. Cinalli is a member of the medical staff at Camden Clark Medical Center. He is on the advisory board of the University of Pikeville, Kentucky College of Optometry, and a preceptor for the WVU– P Nurse Practitioner Program.


Dr. Cinalli is President of the West Virginia Association of Optometric Physicians.


Dr. Cinalli is an avid exercise enthusiast and an avid WVU fan.


Dr. Cinalli and his wife, Tammy, have two sons, Andrew and Philip. They reside in Mineral Wells. Dr. Mitchell L. Koerber joined Optometric Physicians of Parkersburg in 1995. He also practices in Williamstown at his own practice, which he purchased from Dr. Frame in 2001.


Dr. Koerber is a skilled member of the West Virginia Association of Optometric Physicians and was an Executive Committee member 1997 – 2000. He was the Area Chairman 1997 – 2000 and 2012 to present. He is also certified in oral medications and injections.


Dr. Koerber now resides in Parkersburg, WV. He has three children: Jonas, Emily, and Meredith. He also has two grandchildren: Khloe and Koleson. He was the soccer coach at Parkersburg Catholic High School from 2010 – 2011, and has been the assistant basketball coach from 1998 to present. He has been a member of the Williamstown Lion’s Club for 20 years. Dr. Koerber also enjoys running in races and outdoor activities. Dr. Joanna Frame joined Optometric Physicians of Parkersburg in 1998, and now is a co-owner and manager.

Dr. Frame graduated from Warren High School in 1990. Following graduation, she attended Boston College for two years, where she was a varsity cheerleader and an international assistant. She then transferred to Marietta College where she was on the varsity crew team. At Marietta, she was on The High Dean’s List and graduated cum laude from Marietta in 1994. Dr. Frame then attended the Ohio State University College of Optometry where she was a member of Beta Sigma Kappa, the international honor Society of optometry, and Epsilon Psi Epsilon, the national fraternity of Optometry. She graduated with her degree in Optometry in 1998.